Mark your calendars for September, 2013!  That’s right, The Trials of Renegade X will be released next September!  This might seem like a long way off, especially when you guys have been so patient–a lot of you have been waiting for this since 2010.  But September is when everything can be done by–both on my end and for others involved in getting the project out the door–and it’s going to be amazing.

If you haven’t already, you can mark the sequel as “to read” on Goodreads or join the Facebook group to help spread the word!

And I have another book coming out next spring that hopefully I will be able to announce soon.  It’s not Renegade X related, but if you like the voice in Renegade X, you’re going to love this one, too.

In other news, The Rise of Renegade X came out in Russian!  I found out from a Russian fan messaging me on Facebook–one thing you learn very quickly in this business is that nobody tells authors anything.  I knew we’d sold Russian rights, but I had no idea when it was coming out.  Damien’s name in the translated version is “Damien Loki,” which seems appropriate. ;)  Oh, and according to Google Translate, the Russian title is “The Desperate and Undefeated Renegade X.” 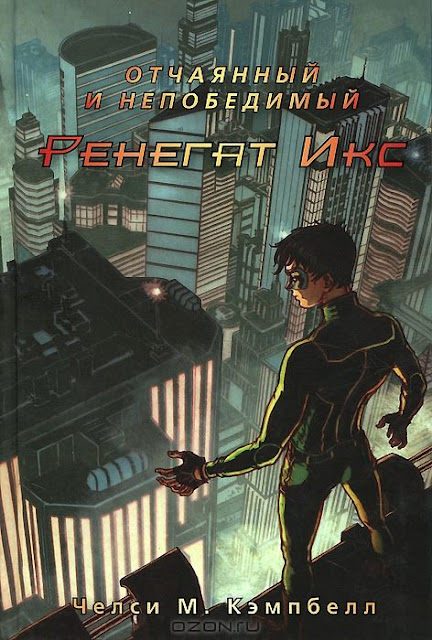